The Film Noir Foundation has dubbed this month “Noirvember,” so I thought I’d share with you a few films noirs that are personal favorites. These are films that move me in some way or another. This isn’t a “top ten” or “best of” list; there are many great films noirs, including some classics such as Double Indemnity or The Maltese Falcon, that are not here. These are just a few I really like personally, and which you might want to check out.

A typical film noir is bleak, fatalistic, and fraught with moral ambiguities. You’ll see dark, claustrophobic settings (almost all the action in films noirs happen at night, and the rainier the better); flawed but sympathetic characters proceeding inexorably down a path to their own destruction; trenchant, hard boiled dialog delivered by similarly hard-boiled men and women; the use of light and space to symbolize the ensnarement of the characters, often by directors on limited budgets who find creative and innovative ways to transcend that limitation; and best of all a good story, often (but not always) with mobsters and pretty untrustworthy dames (the “femme fatales”). And of course, a few good double crosses – trust no one!

Asphalt Jungle (1950). It's a crime caper, but much more.  The human element of noir is at the heart of this movie - flawed but wonderfully compelling characters, looking to pull off that last great heist.  You can’t help cheering for them to succeed but there’s this woman, see...A great story, with tremendous performances from a diverse cast of noir stalwarts including Marie Windsor, Sterling Haydon, Elijah Cook Jr., and others. "I wouldn't cross the street to see it," said the head of the studio that made the film. Too bad. He'd miss out on a classic.

Beware, My Lovely (1952): If film noir means "black film," this is film noir noir noir. Not for the faint of heart. Robert Ryan is just bat-shit crazy and scary as all get out. Ida Lupino keeps pace with him in what is essentially a two-person tour de-force. I recently watched it, and my heart is still racing. Yet not a shot is fired, not a single woman slapped or gangster mowed down. Noir psycho-drama at its best. 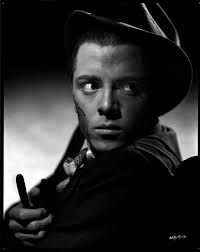 Brighton Rock (1947): British noir featuring the great Richard Attenborough as a ruthless, small time gang leader in an otherwise sleepy UK beach town. It's Attenborough's film all the way, as he continuously makes one bad choice after another and pays heavily for his hubris.  It's a compelling piece with artful and often disturbing direction, as John Bolting weaves typical beach-town icons into the narrative in disturbing, and sometimes ghoulish, ways that add to, rather than detract from, the film. The ending was changed from the book and some people feel it's a sellout; I feel that, intentionally or not, it creates some creepy ambiguities and works quite well.

Dementia (1955): Legend is that the secretary of some guy named John J Parker had this weird dream and Parker turned it into a movie – starring the secretary! It wasn't going to be released and Parker sold the rights, and it ended up on the screen in the movie theater scene in The Blob. But here's the thing: Parker, ended up making a VERY WEIRD and VERY AMAZING movie. Totally silent, 57 crisp minutes long, it is a project Ed Wood would love. It’s a kitchen sink of movie making, combining old-school German expressionism, surrealism, psycho-sexual drama, and horror. And it’s a noir all the way.  Sometimes called "Beatnik Noir" or "Horror Noir" and stretches the boundaries of the genre.  Note: it was released in 1957 as Daughter of Horror with over-the-top voice-over from Ed McMahon. It adds nothing and the original version is the one to see if you can, though both are good. 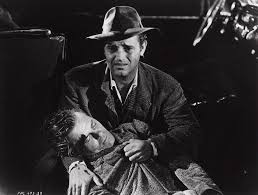 Detour (1945).  Just 67 minutes long and a masterpiece of the genre. An average Joe with no greater ambition than to re-unite with his girlfriend, making all the wrong calls along the way and paying dearly; a coercive female brilliantly played by Anne Savage – who also somehow brings an arresting and complex sensitivity to an otherwise ruthless character; murder and mayhem. Brilliantly directed by émigré Edward Ullmer and made on a shoestring. This is the personification of backlot studio film noir that rewards repeated viewings.  Each time I watch it, in fact, I see the movie in wholly different ways, always challenging my original perspective.  As Al says, “Fate, or some mysterious force, can put the finger on you or me for no good reason at all.”

Gun Crazy (1950): An acknowledged classic of the B-movie film noir genre. It has been compared favorably to Citizen Kane - it's that good. Intense and fully developed characters moving well beyond typical Hollywood stereotypes, classic Joseph Lewis direction including an extended robbery sequence filmed in one long, continuous shot, and some pretty neat gunplay. Peggy Cummings brings great depth to her role in this pre-Bonnie and Clyde tale of two desperate lovers who can’t – or won’t – escape a life of crime, even as their world comes crashing down on them. When people ask me about which film noir movie to see, this is often the one I recommend starting with. What’s nice is that in the past few years, it seems like it’s getting its due as one of the truly great films noirs – or maybe just a great film, period. See it.

Moonrise (1948). This is a beautifully shot, very unique movie. Classic noir fatalism - the lead is doomed from childhood - but he's so likable, you just wish it could be different...but it can't...it's noir. No gangsters, but noir all the way. Dark, sad, intense, and golly, you just wish Danny could get a break. You really feel for these characters.

Night and the City (1950): The director, Jules Dassin, was about to be black-listed and was sent to London to make this movie. It's a definitive noir - a noir film class could start with this to convey what noir is all about. What is so neat about it is the perfect convergence of story, film-making, and performance - and specifically, the pathos filled, desperate, and borderline maniacal performance by Richard Widmark as the two-bit hustler who reaches for the stars, but can't quite get there. The European influence is extremely evident as you watch this play out toward its tragic, but of course fully expected, end. A different London than most tourists will ever see, to say the least.

Out of the Past (1947): All is sunshine, light, and big open spaces in Jeff Bailey's happy world, until a stranger from his past comes to town. Things just get darker and darker from there... and the excellent cinematography, directing, and editing tell the story as well as the script and the acting. Talk about classic film noir - it gets darker and more claustrophobic by the minute as Jeff's world collapses around him. Sure, he tries to set things right...but it's film noir, baby. It took me three viewings in the course of a couple weeks to realize just how good this movie really is, and to fully appreciate Robert Mitchum's performance. And talk about a femme fatale...Barbara Stanwick's got nothing on Jane Greer!

They Live By Night (1949): Someties referred to as noir's Romeo and Juliet, and I think that's about right. Nicholas Ray's directorial debut. You can't help but feel deeply for these young lovers, so perfectly portrayed by Farley Granger and Cathy O'Donnell, as they try to escape their desolate past and establish new lives for themselves. Their futile efforts to achieve nothing more than a simple life together, and their inability to escape those who care nothing for them or their aspirations, make for a very sad story indeed - and a compelling one.

I hope you enjoyed this list and maybe check a couple of these out. You can't go wrong with any of them!