For Sparks Fans, List Geeks, and Anybody Else: Top 130 Sparks Songs!


On the Sparks Official Fan Site, there's a small, ongoing thread where people list their top ten Sparks songs. I was never able to do this - the task of coming up with ten just seemed too overwhelming. Finally, I decided to take on the challenge.  It was an exhaustive process that took months - but hey, that's what daily commutes on the Metro are for!

I stayed loose on the criteria - that was the critical decision. I don't know if these are "my favorites" or "Spark's best" or the songs I most respect, or what. Maybe their common thread is that they move me...I don't know. Anyway, as I got absorbed in this project I came up with this list.


Note: Songs are listed in groups of ten, but they aren't in order within the group of ten. That would just be too hard!

Another interesting note - in the process of making this list, songs moved all over the place - but the top 30 remained remarkably constant throughout the whole process. Read into that what you will, I found it interesting! 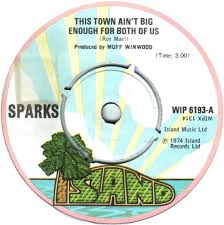 Never Turn Your Back on Mother Earth (Propaganda)

Commentary: Two things stand out. One is the great diversity of albums represented - seven different ones, from all major phases of Sparks' historic career. Two is the fact that despite that very diversity, one album - Kimono My House - has FOUR songs in the top ten! Conclusion: If you don't own that album, go get it right now. 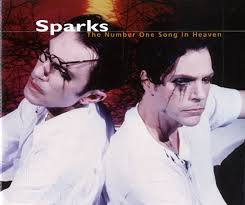 Commentary:  Here's where you see Kimono's follow up, Propaganda, really begin to assert itself. One of the things that made this such a hard thing to do is that, as I've written elsewhere, Sparks is really an album band, despite having some great individual tracks and fantastic singles. But their work is, in my opinion, generally best appreciated on an "album" basis. Thus, I tend to think of Propganda as my all time favorite Sparks album, but it's hard to argue with the dominance of KMH in the early rounds here.

What's also interesting is to see Hello Young Lovers, a later work, have TWO songs that made it into the top twenty. Impressive! You also start to see Angst In My Pants rear its head; Angst is a major presence throughout this list.

Commentary: Two songs from Music That You Can Dance To in the top thirty - but only one thereafter. That must mean something. One can't help but notice that so far Indiscreet only has one song in the top 30. Don't worry - it comes on STRONG in the next set of albums, and thereafter. Nice to see a fairly obscure album, Pulling Rabbits, getting some due. Note that Whomp That Sucker has now made an entrance, and that Angst is dominating the listings. 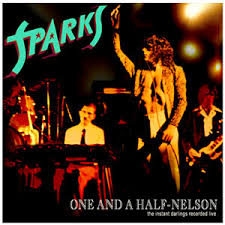 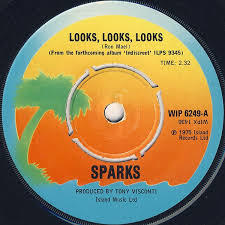 Commentary: Here's where a lot of personal favorites start to come into play - even if they're not necessarily considered "all time greats" by Sparks fans. Big Bands, Fletcher, Without using Hands, and Toughest Girl In Town are all just songs I've always really, really liked - period. Note the addition of Looks Aren't Everything, the first non-album release on the list. Was finally officially released about a decade ago, on a re-release of the Big Beat album.

Commentary: Note that only ONE song from Exotic Creatures of the Deep made it into the top 50, and just barely. Yet, I consider it one of my very favorite Sparks albums! Just further illustrates the earlier point about how Sparks are best listened to on an album basis. Woofer rears its heard here, as well as FOUR from Indiscreet.

Commentary: Such wonderful diversity across a spectrum of styles now - a pattern that remains for the rest of the list (though of course you see certain albums, like Kimono, less and less for obvious reasons). Who would have thought that an obscure album like Pulling Rabbits would have THREE songs in the top 60? And FINALLY an entry from In Outer Space - a good album that always seems like it should have been a great one, but just doesn't quite make it.

Commentary: The diversity trends continues. A second non-album track (a great late '80s single) makes the list. Yet ANOTHER personal favorite from Pulling Rabbits. I've always been moved by the musical interlude on The Song That Sings Itself. I don't know why exactly. Introducing is an endlessly debated album. I don't think it's very good, but Goofing Off is a standout! Rocking Violin solo? Check!

Commentary: An interesting set. Finally a couple tunes from Big Beat, which won't make my argument that it's an underrated album very compelling. Arts and Crafts Spectacular is from Sparks' original demo (they were called "Halfnelson") way back then. Morrisey loves it, for what that's worth, and a few years ago included it in a compilation he put together. Note the addition here of "Mr. Bergman How Are You?" from Sparks's recent radio opera ("The Seduction of Ingmar Bergman," a truly great and ambitious project that apparently will soon be turned into a movie). Worth checking out! 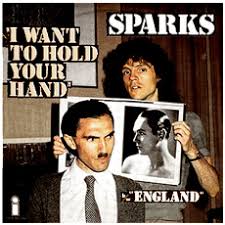 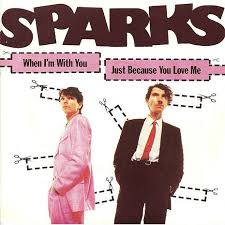 Commentary: It's funny to look at this list at this point - it's such a mishmash of really good songs! If you asked me to rate Pulling Rabbits, it'd be pretty low. Yet, about half its songs made it to the top 100. How do you explain that?

Suzie Safety (Whomp That Sucker)
Lucky Me, Lucky You (In Outer Space)
All You Ever Think About is Sex (In Outer Space)
Nicotina (Angst In My Pants)
Ride 'em Cowboy (Lil' Beethoven)
I Want to be Like Everybody Else (Big Beat)
More Than A Sex Machine (Balls)
No More Mr. Nice Guy (Sparks)
The Scene (Music That You Can Dance To)
When I'm With You (Terminal Jive)

Commentary: Well, that rounds out the list. Nice to see Terminal Jive, an overall sub-par effort, finally represented. I have to say, though, that the quality of music on THIS set of songs isn't all that different from say, group 61-70, or most any of the others. A real tribute to the quality of Sparks' music. 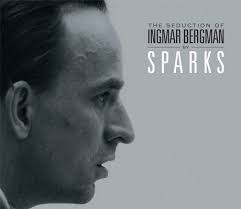 Commentary: If you were to make a "mixtape" - haha, sorry, "Playlist" - of just these 25 songs, it would be very enjoyable indeed. Again, a tribute to the consistency and commitment to excellence of Ron and Russell Mael. And amazingly, they are STILL producing new, innovative, and definitely worthwhile material!

Hope you enjoyed perusing this list as much as I did in making it.
Posted by Monte at 8:58 AM